The Californian metropolis of Los Angeles is certainly one of the most attractive cities for a language course. You get to see the glamorous image and the prestigious neighbourhoods such as Hollywood, Beverly Hills, Malibu Ca. Let’s face it, who doesn’t dream to stroll on Venice beach in the sun and then walk along the Hollywood Walk of Fame? LA is the second-largest city of the United States, after New York, and is the most populous on the west coast. In the "Greater Los Angeles Area", there are about 18 million people, making it one of the most populous metropolitan areas in the world. Particularly, in this case, the "Angelenos" (name of the citizens of Los Angeles) comprises 140 nationalities and speaks over 220 languages, which is why the city is one of the most ethnically diverse in the world. This offers the students to broaden their cultural horizons and to see the exciting attractions of Los Angeles. That is why it is such a recommended destination for learning English. 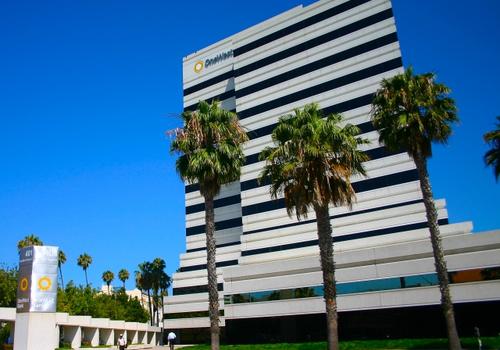 The school is really good located, my apartment was great, the teachers, as well as the staff, were friendly and I’ve met so many wonderful people! The friends you’ll make are for your whole life! Everything was perfect, and it was an incredible time! Going abroad is a big decision but you won’t regret it at EC LA.

Hello people! I had a very beautiful experience at EC English School. It is great for a professional who wants to spend a short time on vacation: Practicing English, meeting people, having fun, and knowing new places. The teachers and activities are excellent. I really recommend it. Thank you very much EC English.

It's a very good place to learn English. A lot of activity, great teachers and you learn new students from another country, it was the best decision I could make.

EC LA is definitely the best school I’ve ever studied in my life! The teachers and staff are fantastic. Moreover, the Student Ambassador Program is incredible! I made so many friends from all over the world! It was the best experience of my life! Thank you so much for everything!

Wonderful teachers and incredible experience! I would’ve stayed longer if I could. Absolutely recommended.